Already Grandma had fun riding the nostalgic carousel. Today, shes riding the Prater Marina in a new way, together with her grandchildren.

Built in Hamburg in 1903, the Prater Marina first toured different countries before it was installed in the Wurstelprater where it became a unique institution after World War II. Some might know it by its other names such as the "Jungle Track", the "Tunnel Track" or the "Funny Sledging".

It is still moving and turning - exactly eleven times per minute. 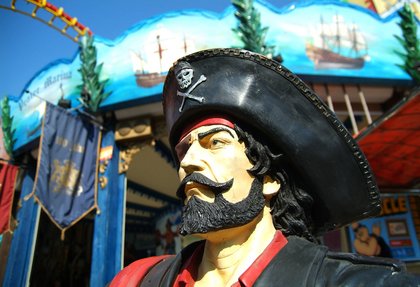