The Altwiener Ghost Train – an attraction that has made childrens eyes shine since decades. Thirty lovingly designed grottos await the young adventurers to discover the most beautiful dream worlds and never-never lands. 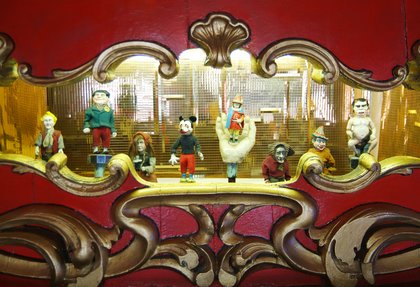 Prater Tip: The Altwiener Ghost Train is counted among the oldest and most known attractions in the Vienna Prater – this first electrically operated train was opened already in 1898. For nostalgics, there is no way around the Ghost Train.