The railroad experience for young and old. The Midget Railroad is one of the Praters landmarks and has not lost its fascination. Since the beginning of its operation in 1928, the carefully maintained steam engines are still snuffling and steaming as on the first day.

Pass the Wurstelprater, cross forests and meadows, along the Prater Hauptallee. Children love the charming railroad, adults enjoy the nostalgic ride, and railroad fans consider the journey on the Midget Railroad an absolute must.

The 4km long trip has four stations: the Prater Central Station, Schweizerhaus-Luftburg, the Rotunde (by the Kaiserallee) and the terminus at the Ernst Happel stadium with the turning point. And in order to relieve the old steam engines, there are also four state-of-the-art diesel locomotives on the way. 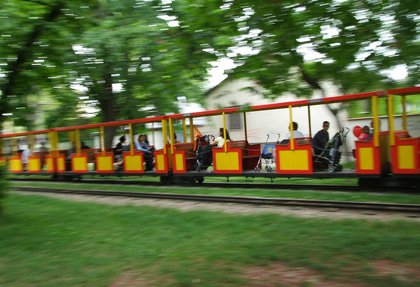 90 years Midget Railroad in the Prater!

Family tour with kids between 6 and 10 years of age

For those young at heart